This is Howes we do it!

 Home/News & Events/This is Howes we do it!

Did you know that Howes is rated 1st and 2nd in the UK for robotics?

Teams from Year 5 and 6 compete each year in the Vex Robotics Championships. They worked so hard in 2019 that they competed in the World Finals in America representing Coventry and the UK! This year the teams beat all other Primary Schools to be placed 1st and 2nd in the UK. We think that they are amazing!

Could your child be in our Robotics team? Would they like to compete at Nationals and Worlds?

Did you know that Howes set up and leads the Young Ambassadors across Coventry Primary Schools? 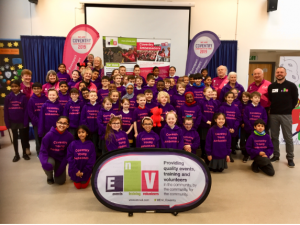 Mrs Bollands had a fabulous idea that we could train the children of Coventry to be Young Ambassadors like the Ambassadors that work with EnV. These children help at all sort of events across the city and beyond (some went to Japan!) to show our appreciation for the city and it’s residents. Perhaps you have seen the children cheering runners at the half marathon or the park run at the memorial park. As it was such a fantastic idea Mrs Bollands have worked hard with EnV to share the training with lots of other Coventry schools. Our CYA are very proud of their role in school and in the city, so much so that they rarely take their CYA tops off!

Does your child feel proud to like in Coventry? Would your child like to help at events across the city?

Did you know that children from Howes visited Japan to look at the preparations for the Olympic Games and to learn about the culture? 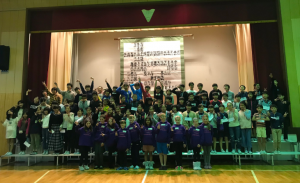 The children who visited Japan were very lucky to work with schools and learn all about the culture. We visited some of the venues that will be used for the Tokyo Olympic Games and met the Paralympic badminton team. Our children are very lucky as we are always looking at ways of providing them with opportunities such as this.

Could your child be in the next group of children to go overseas to develop their understanding of different cultures?

Did you know that children and staff from Howes work with countries across Europe? 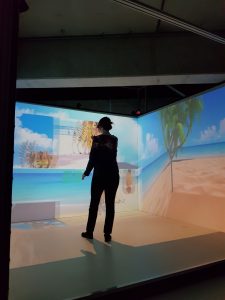 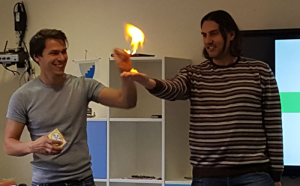 This means that as part of Erasmus+ Projects we get to learn about the culture and work in different schools learning new skills. We have worked in Norway, Poland, Greece, Malta, Estonia, Italy and Finland. (There are visits planned to Denmark and Iceland in the next few years.)

Would your child like to be involved in projects where they can teach and learn together with children across Europe?

Did you know that Howes is involved in designing and building a Japanese Peace Garden in the War Memorial Park in Coventry?

This is a fabulous opportunity for our children to work with the designers to create the garden. So far our management team have looked at the proposed site, asked questions of the designers and also shared the plans with BBC CWR with our friend Vic Minnett. (Did you know that Vic came to Howes?)

Would your child like to be part of a legacy for many years to come?

We would love for you to visit us to find out more!