History of the Black Prince 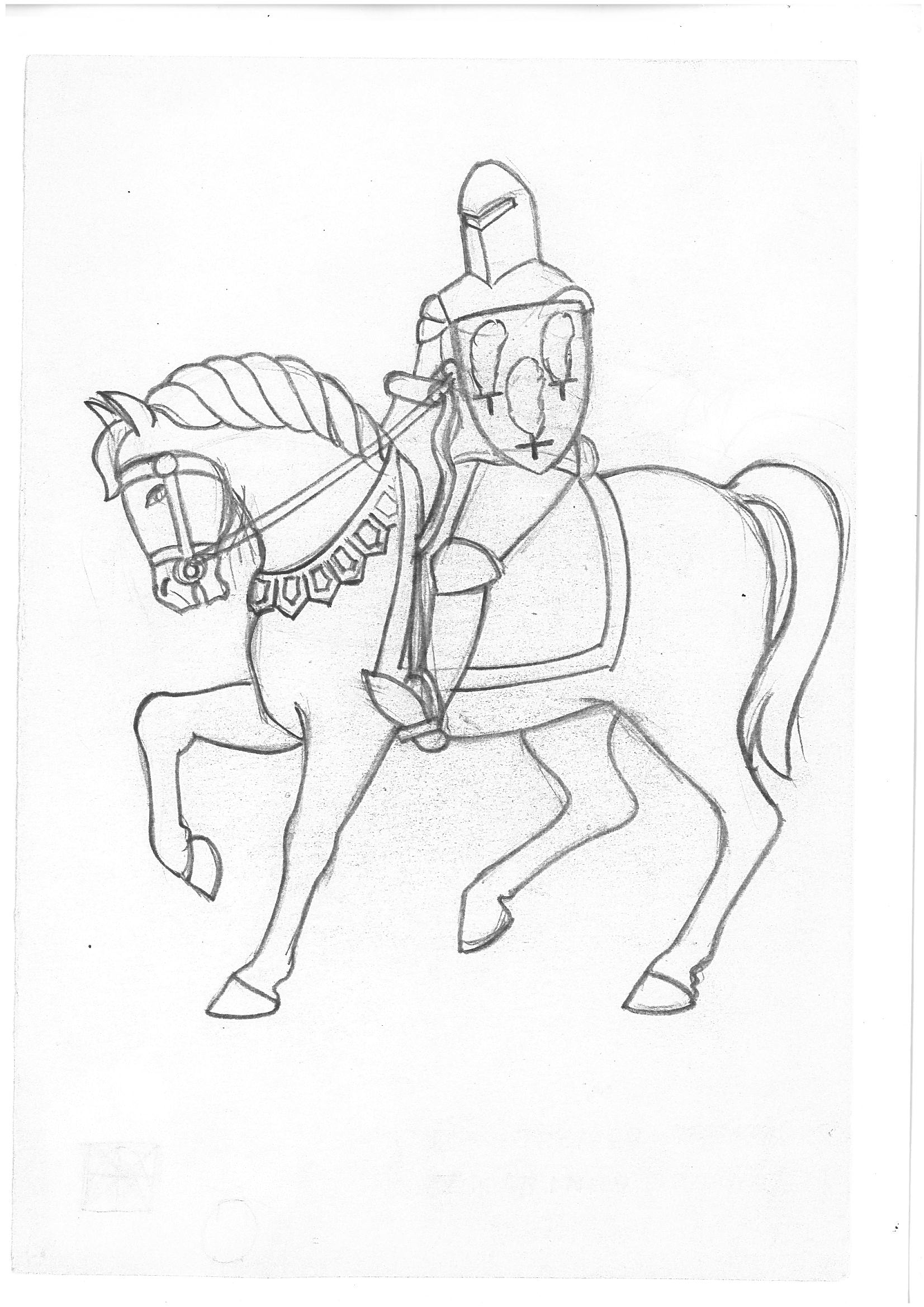 Original sketch of the Black Knight by Alf Sutton.  He was disappointed that it had to be simplified for ease of production, but was still proud to have been asked to make the drawings.

He was the eldest son of King Edward III and Queen Phillipa.

Between 1337 and 1360 England and France were at war with each other.  During these wars Edward was recognised as one of the best military leaders of all time.

Edward is thought to have worn armour covered with black velvet so eventually was known as the Black Prince.

In 1237 Cheylesmore Manor House was built for the Earl of Arundel.

In 1320 the house and surrounding parks belonged to Edward’s Grandmother, Queen Isabella.  She gave these grounds as gift to Edward.  He was very fond of hunting in the grounds.

He was described as –

‘the perfect root of all honour and nobleness of wisdom, valour and largesse’